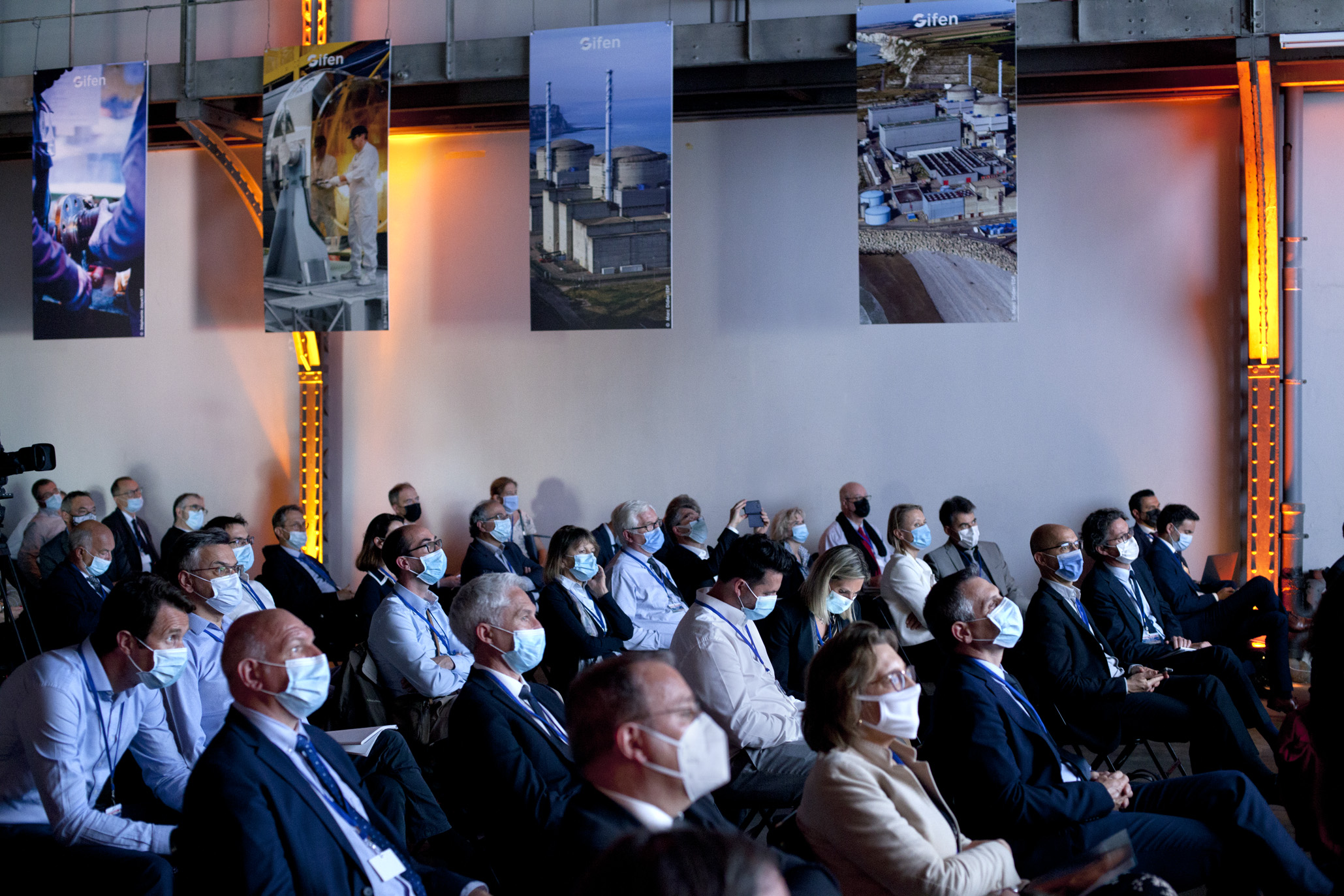 On Thursday 3 June 2021, the second edition of GIFEN's Perspectives France Day was held in Malakoff. Reserved for GIFEN members, the aim of this annual event is to encourage sharing and exchange between principals and manufacturers, to prepare the sector to tackle future major projects under the best possible conditions, and to strengthen cohesion and team spirit within the French nuclear industry.

Around 250 GIFEN members attended, either on site or remotely, in what was the first major event organised in person by GIFEN since the end of the containment.

Alain Gauvin - Managing Director of Onet Technologies, Chairman of the Commission for the Prospects and Development of the Nuclear Industry in France, and Vice-Chairman of GIFEN - said: "Together we are working to strengthen the competitiveness of companies and secure the nuclear industry's workload."

Throughout the morning, representatives of the major contractors in the sector - Gabriel Oblin, Director of the EPR2 project at EDF, Etienne Dutheil, Director of the nuclear fleet at EDF, Sylvestre Pivet, Deputy Director of the Energy Department, in charge of the budget and finance at CEA, Matthieu Euvrard, Director of the supply chain at Orano, Catherine Cornand, Director of the Installed Base BU at Framatome, Xavier Bravo, Head of Machine Construction at ITER and Frédéric Launeau, Director of the Cigéo project at Andra - took turns presenting industrialists with a refined vision of their assumptions and forecasts in terms of purchasing for the major projects underway and to come in France;

This year, for the first time, Aline Des Cloizeaux, Director of civil nuclear activities at Naval Group and Olivier Huet, Deputy Managing Director of TechnicAtome, carried out a similar exercise, revealing to GIFEN members a vision of their respective perimeters and their forecasted expenses on major naval nuclear propulsion projects. At the end of the morning, Artelia was also given the floor to talk about the workload generated by non-nuclear projects such as the Gand Paris project. 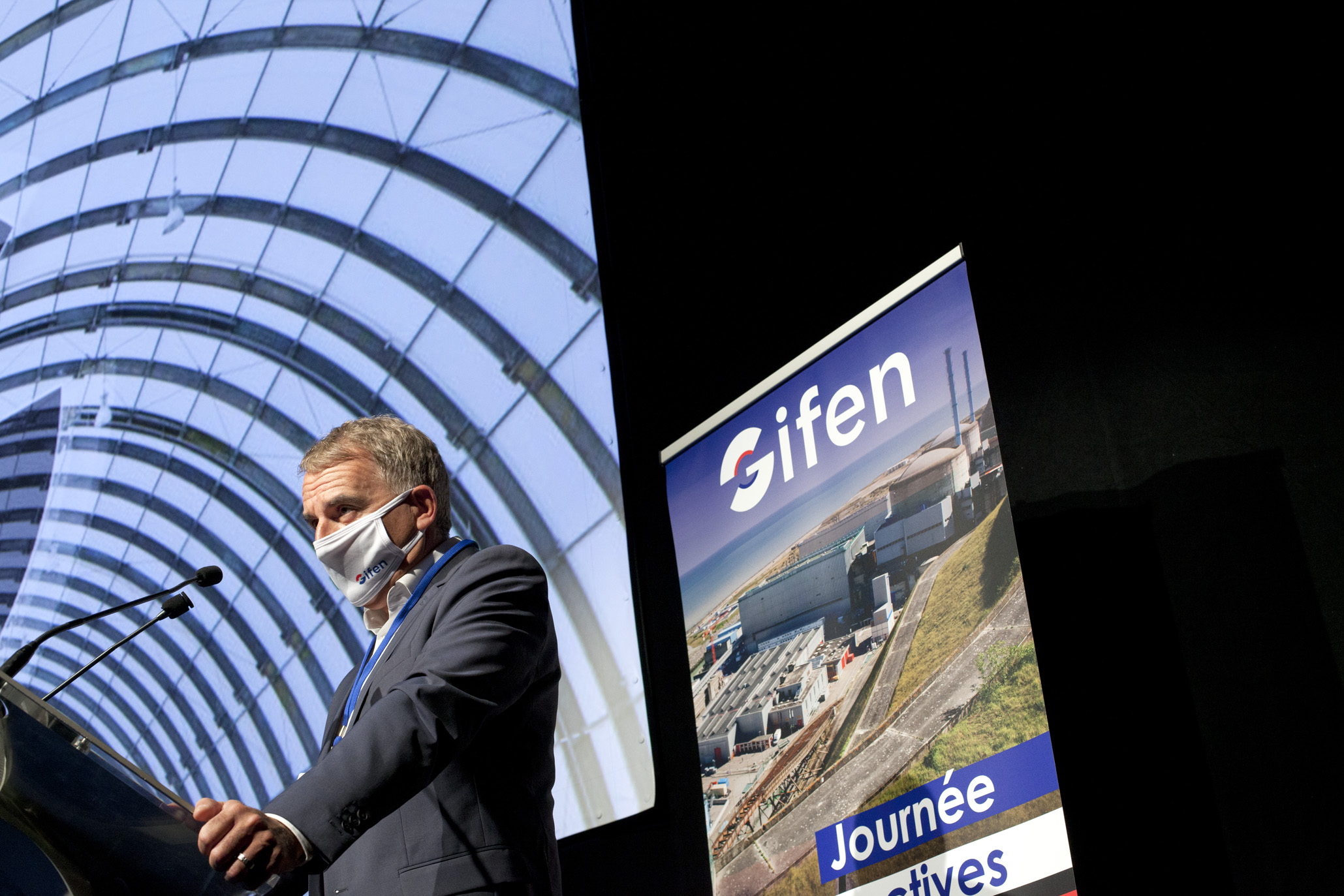 Matching load and resources within the sector

The morning concluded with a report on the results of the survey conducted by GIFEN among its members on the adequacy of workload/resources. Launched in March 2021, this survey has gathered the answers of 170 companies.  It will serve as a starting point for the WGs, which will analyse, for each of the sensitive trades and supplies, the points of attention in terms of load/resource adequacy and the proposed actions, with a first deliverable at the end of the year.

An afternoon of experience sharing

In the afternoon, three round tables enabled representatives of manufacturers and contractors to discuss key issues for the sector:

A day welcomed by state representatives

At the end of the afternoon, several personalities took the floor, including Mr Pierre Pelouzet, Médiateur des entreprises, and Romain Bonenfant, Head of the Industry Department at the Direction Générale des Entreprises; they particularly praised the importance of this day for the nuclear industry.

Xavier Ursat, President of GIFEN, closed the Perspectives France Day by reminding the audience of the importance of the current period for the French nuclear industry: nuclear power is on the rise, both in France and internationally, and the industry must take advantage of this favourable moment and the opportunities it represents in order to meet the challenges ahead.

"Let's make sure we make the most of this day to redouble our efforts, stay the course and convince ourselves that the French nuclear industry is capable of serenely tackling the future major projects that we all want to see." 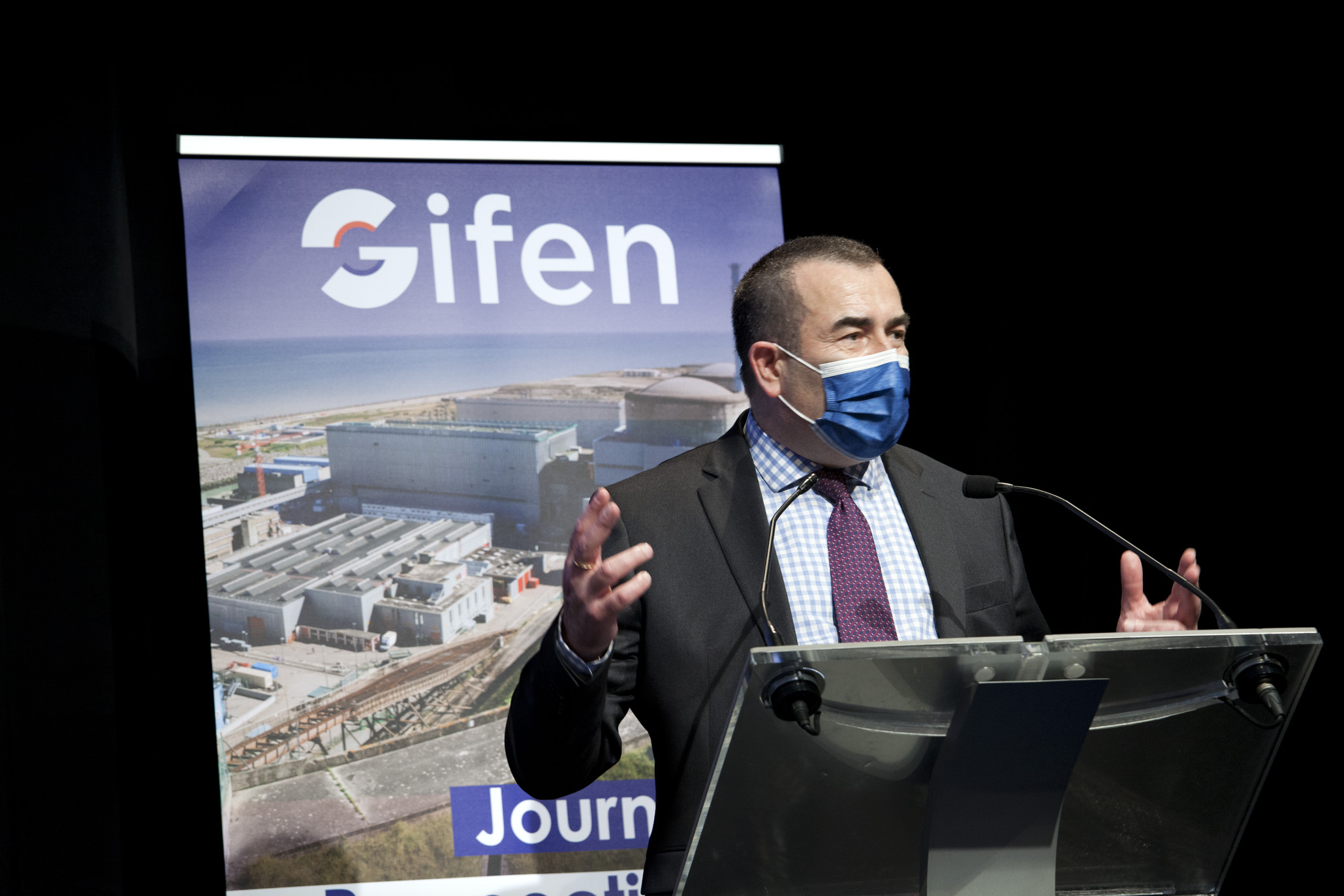