Working at the heart of an industry of the future.

Contribute to the production of low-carbon electricity

Are you looking for a job in which you can feel useful to society and the planet? Would you like to work on the most modern technologies on a daily basis? Do you like to stay close to home, or are you a globetrotter? Do you have a youth training (CAP) or a PhD? Would you like to work in a large group, or a very small company? Then the nuclear industry is the right place for you; and it's good news, it's recruiting! 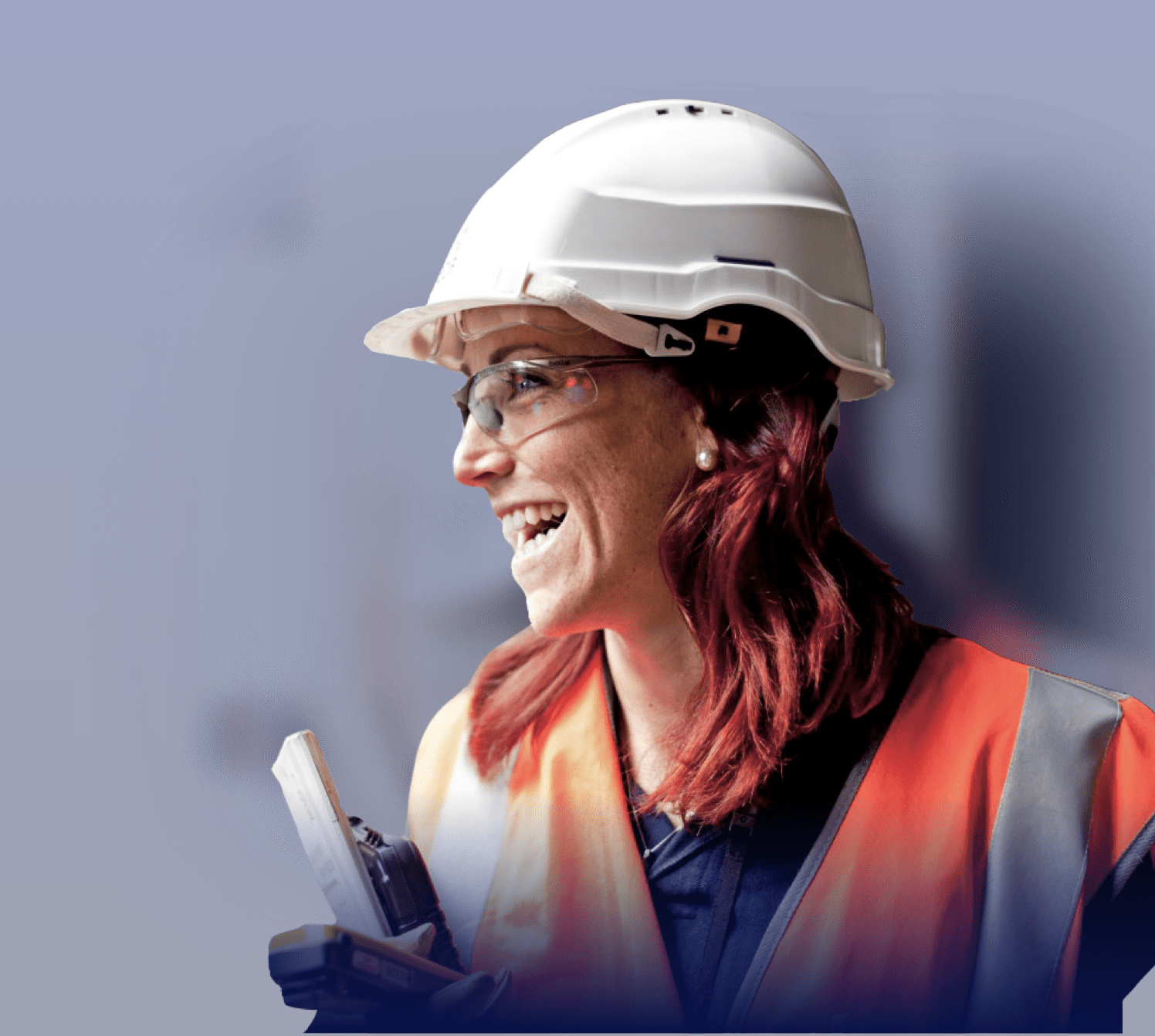 Are you cut out to work in the nuclear business? 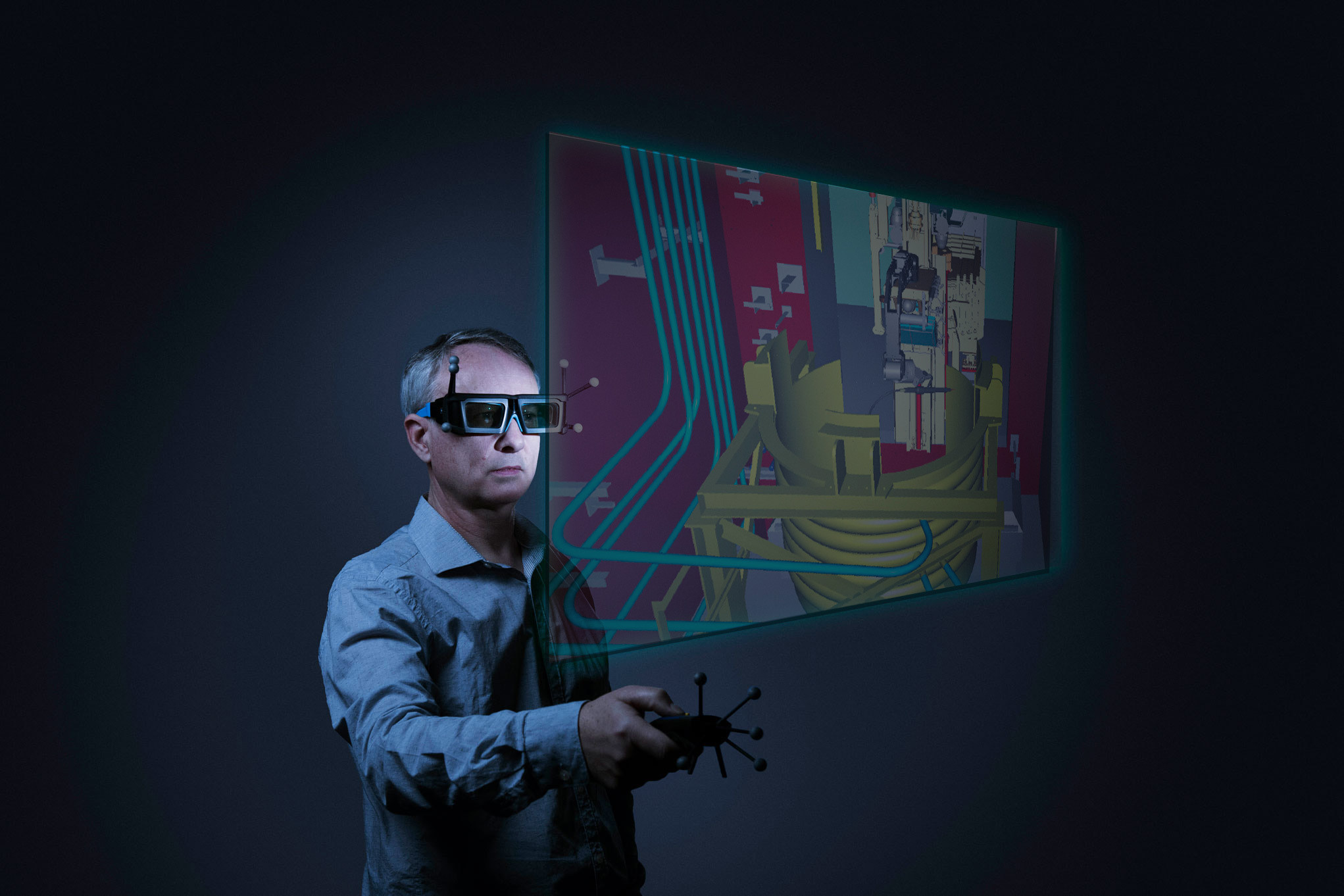 970 million euros: This is the amount invested in 2018 in research and development by companies in the sector, particularly in the fields of dronics, robotics, virtual reality and artificial intelligence.

Do you want to preserve the climate?

Excessive CO2 emissions are the main cause of global warming. It is therefore urgent to limit them. With around 12 g of CO2 per kilowatt-hour, nuclear electricity emits 40 times less CO2 than gas and 60 times less than coal, 4 times less than solar, half as much as hydropower and as much as wind power (Source IPCC). 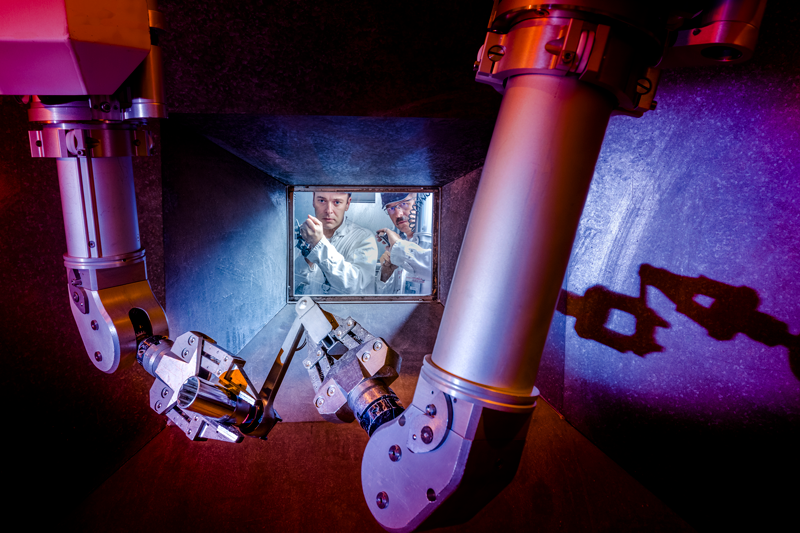 Want to live a unique experience? 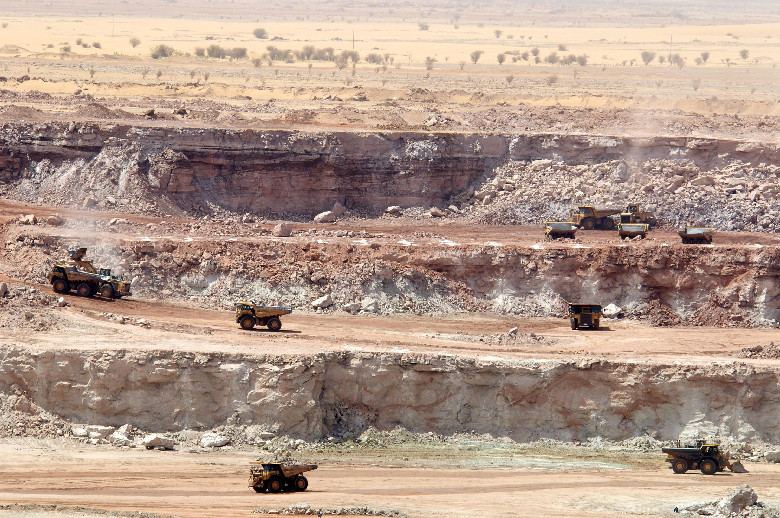 53% of companies in the sector have international projects: their employees may be required to work anywhere in the world. 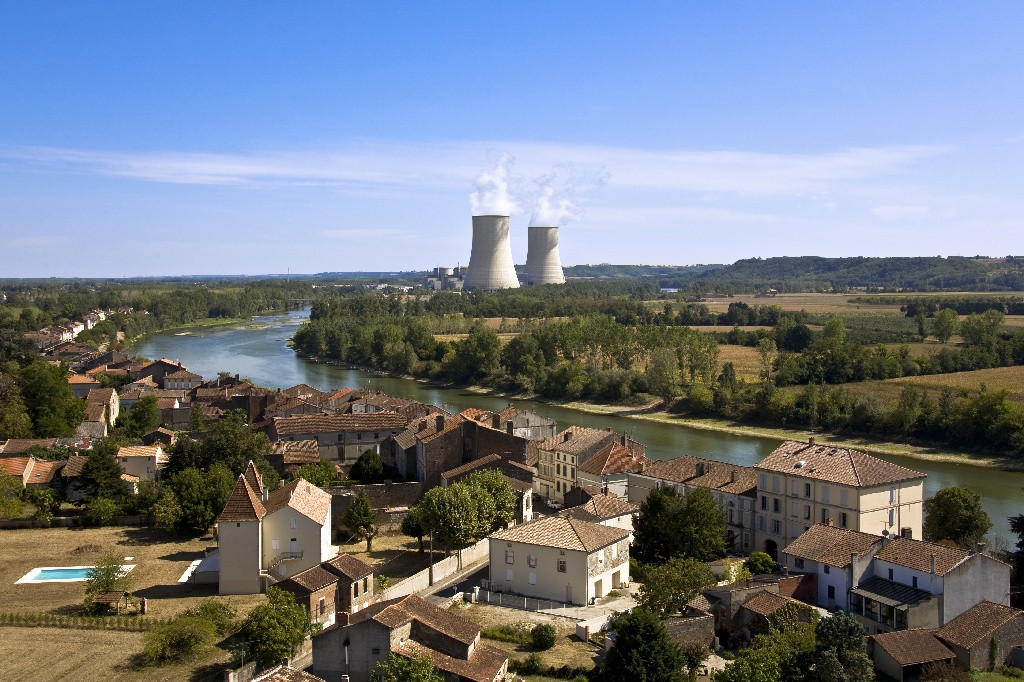 Or stay close to home!

In the nuclear industry, you can work close to home and everywhere in France ! 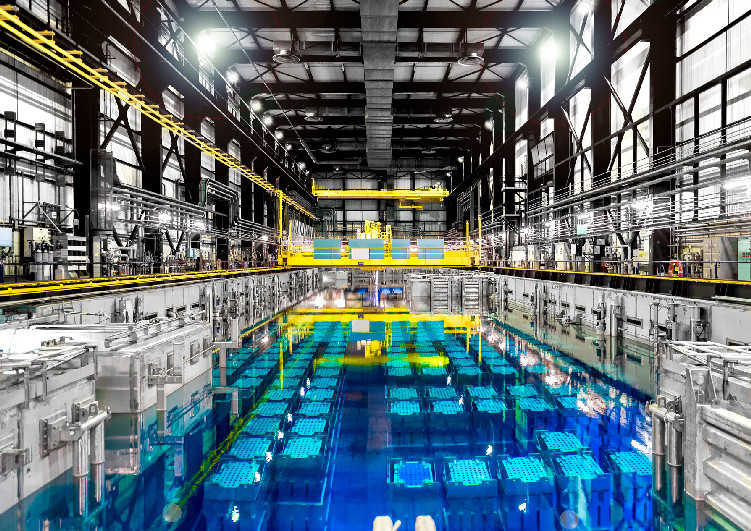 Acting on a whole life cycle, does that mean anything to you? 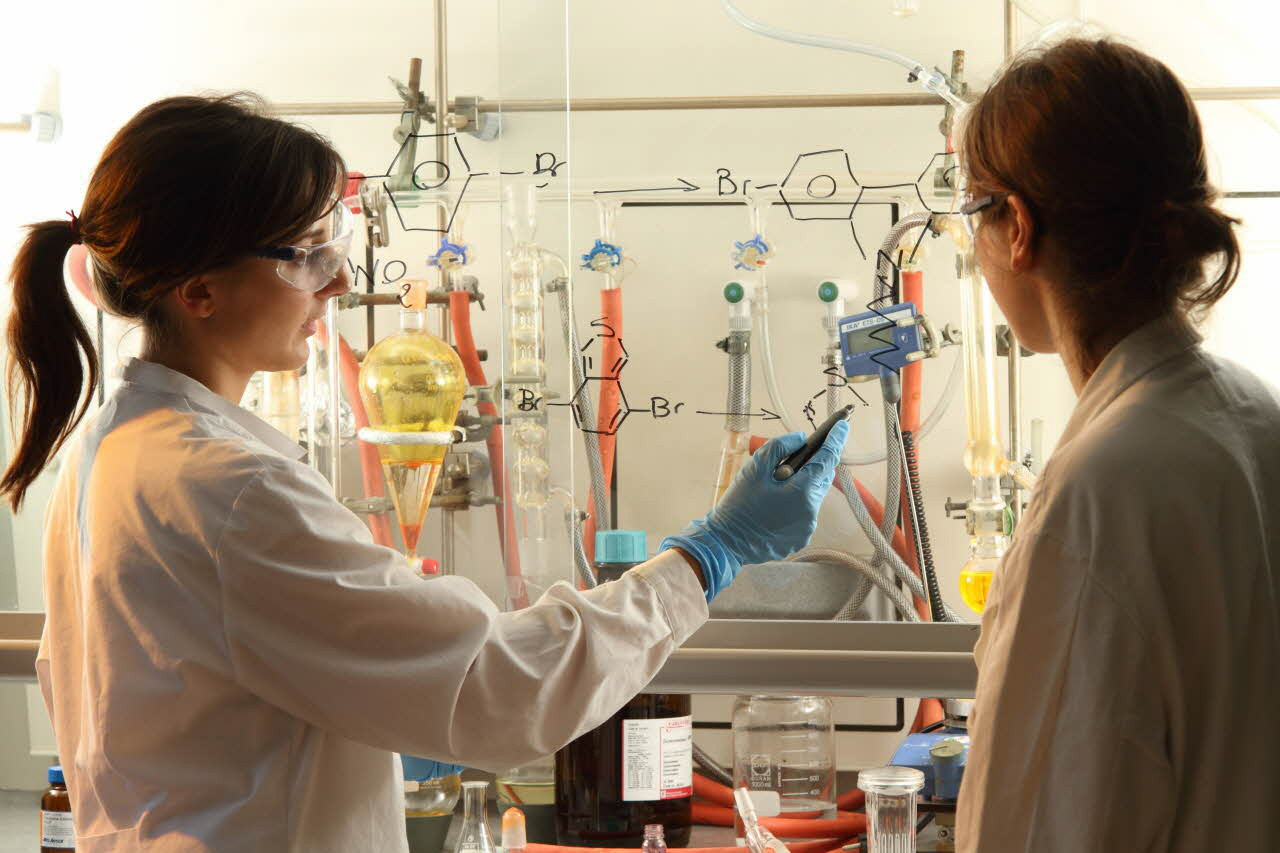 With jobs open to all!

The nuclear industry is accessible from CAP to Bac+5. Out of the 30,000 recruitments made between 2015 and 2018, there are 5,000 workers, 13,500 technicians and 9,000 managers and work-study students. Women are 25% in the nuclear industry. It is still not enough. They are welcome in the industry, regardless of the occupation.

The French nuclear industry is made up of more than 3,000 companies, from the very small with less than 5 employees to the very large group with more than 150,000 employees.

It's a good thing the nuclear industry is hiring...

And you can be proud to work there!

Working in the nuclear industry means contributing to the production of electricity, an indispensable common good, while effectively combating global warming. It also means being able to develop medical applications to treat cancer.

No more misconceptions about nuclear industry!

People who work in the nuclear industry are irradiated; they are even said to glow at night!

False! Nuclear employees actually receive minute doses of radioactivity in the course of their work: on average 1.8 MsV/year!

Some human activities such as medicine, the food industry and the nuclear power industry use artificial radiation.

The health effects of radioactivity are measured in millisieverts (mSv). In France, the average exposure of people corresponds to a dose of 4.5 mSv/year. Natural radioactivity accounts for two thirds of this exposure, the remainder being due to artificial, mainly medical, radioactivity. The activities of the nuclear power industry represent a minimal dose of 0.02 mSv per year.

People working in the French nuclear industry are exposed to an average dose of 1.28 mSv/year. The standard not to be exceeded for nuclear workers in France is 20 mSv per year.

Don't hesitate to measure your annual exposure on the IRSN website:

The nuclear industry produces astronomical quantities of very dangerous radioactive waste and doesn't know what to do with it?

Wrong! Of all the industrial sectors, the nuclear industry is probably the one whose waste is subject to the longest and most rigorous monitoring there is... And that's quite normal!

Radioactive waste from the French nuclear industry (less than 2Kg per year, per inhabitant), most of which has a low or medium level of short-lived radioactivity, benefits from safe and appropriate management solutions.

In France, the production of nuclear-generated electricity accounts for 59.6% of the volume of radioactive waste produced (i.e. less than 2 kg per year, per inhabitant).

These two criteria have given rise to the distinction between six families of radioactive waste. For each family of waste, there is an appropriate management solution.

In addition to very short-lived waste (mainly due to the medical sector), which no longer poses a risk to human health and the environment after three years of decay, 90% of radioactive waste is very low-level or short-lived low- and intermediate-level waste. It is now permanently stored by Andra at the Centre industriel de regroupement, d'entreposage et de stockage (Cires) in Aube for the former, and at the Manche and Aube storage centres for the latter.

The remaining 10% is the most long-lived radioactive waste. It is safely stored at their production sites or at the sites of the major French nuclear operators (Orano, CEA, EDF), where it is constantly monitored. For several years, Andra has been studying and then proposing final disposal solutions for this waste: a shallow repository for low-level but long-lived radioactive waste, and a deep geological repository for the most radioactive long-lived waste (Cigéo project). Andra is currently working on the application for authorization to create Cigéo with a view to obtaining the green light from the State and the Safety Authorities to launch this project.

The nuclear industry contributes to global warming and emits CO2 and radioactive materials... The proof: The chimneys of nuclear power plants are constantly releasing huge plumes of smoke!

Wrong! The "chimneys" of nuclear power plants do not emit CO2, other polluting gases or radioactive materials.

Of the 18 nuclear power plants currently operating in France, only 11 are equipped with cooling towers. For the seven others, the large flow from the river or the sea is sufficient to supply the cooling circuit.

Fine, but how do you explain the fact that nuclear energy emits so little CO2?

It simply comes from the fact that in a nuclear reactor you don't burn the fuel! Neutrons are fired at the fuel (uranium or plutonium), which splits the atoms in a process called fission. This reaction generates so much heat that the water in which the fuel is immersed (kept under pressure so it doesn’t boil) heats the second water circuit, which evaporates and turns a turbine that generates electricity. Conversely, in a conventional thermal power station, coal, gas or oil is burned to obtain heat and generate the steam that turns the turbine; it is the combustion of these materials that releases a lot of CO2 .

Wrong! If there is no such thing as Risk 0, then the nuclear sector is the most strictly assessed and controlled industrial sector. The slightest incident, even without consequences, is the subject of an official communication.

Each company operating nuclear facilities is responsible for their safety. Nuclear safety refers to all the technical, human and organisational provisions applied to prevent accidents. These measures apply to all stages in the life of nuclear installations, but also concern the transport of radioactive materials and the storage of radioactive waste. Within each operating company, hundreds of people work exclusively on maintaining the safety of these installations.

In addition, there is an independent authority in France, the Nuclear Safety Authority (ASN), which is tasked by the State to rigorously control the safety of the installations and the proper application of the very strict regulations governing these infrastructures. On nuclear power plants, for example, ASN inspectors carry out more than 450 inspections per year, and about 130 per year on the Orano facilities; inspections that can be scheduled or carried out unannounced! If the ASN finds a risk on a given site, it will not hesitate to order modification work or even shutdown the installation.

Following the Fukushima accident in March 2011, the ASN has asked the operating companies to carry out Supplementary Safety Assessments (SSAs) taking into account five scenarios worthy of the best disaster movies. Following these assessments, the various operators submitted detailed reports on each facility to the DSC, suggesting improvements where necessary.

However, nuclear safety also relies on the training of the teams that operate these facilities and of subcontractors. From this point of view, you can sleep soundly: in France, reactor pilots undergo an average of six weeks of training per year. At EDF, this represents 3 million hours per year devoted solely to nuclear safety.

An industry of the past?

After all, isn't the nuclear industry a bit of a thing of the past?

Wrong! The nuclear industry is constantly transforming, innovating and integrating the latest technologies to achieve an ever higher level of safety and efficiency.

This continuous improvement begins with investment in research: in 2018, €970 million was spent on R&D by companies in the sector.

The modernity of the sector is also embodied in its use of the latest technologies: drones, robots and other remote operation devices are highly adapted to work in the extreme conditions of nuclear power. Similarly, immersive technologies such as virtual reality, augmented reality or immersion in digital twins, are used in many companies for design, maintenance, construction or decommissioning.

The modernity of the nuclear industry is finally manifesting itself through large-scale projects, carried out over the very long term:

The ITER project, for example, is to the nuclear industry what the conquest of Mars is to aerospace, except that it aims much further than Mars, since it is aims the sun. Unlike the mars mission, our project does not involve travelling tens of millions of kilometres from the earth, but only to the south of France, to CEA’s site in Cadarache. Involving 35 countries, this project aims to harness the power of nuclear fusion, the same reaction that powers the Sun and the stars. In other words, with ITER, we are trying to put the sun in a box in order to obtain an almost unlimited, safe, decarbonated and very low-waste energy source.

The modernity of the nuclear industry is also embodied in medical research. Although radioactivity has long been used in medicine, some manufacturers, such as Orano and its subsidiary Orano Med, continue to invest in nuclear medicine research.

However, if your dream is still to go to Mars, you should know that the nuclear industry is helping here, too!

Find the job that's right for you!