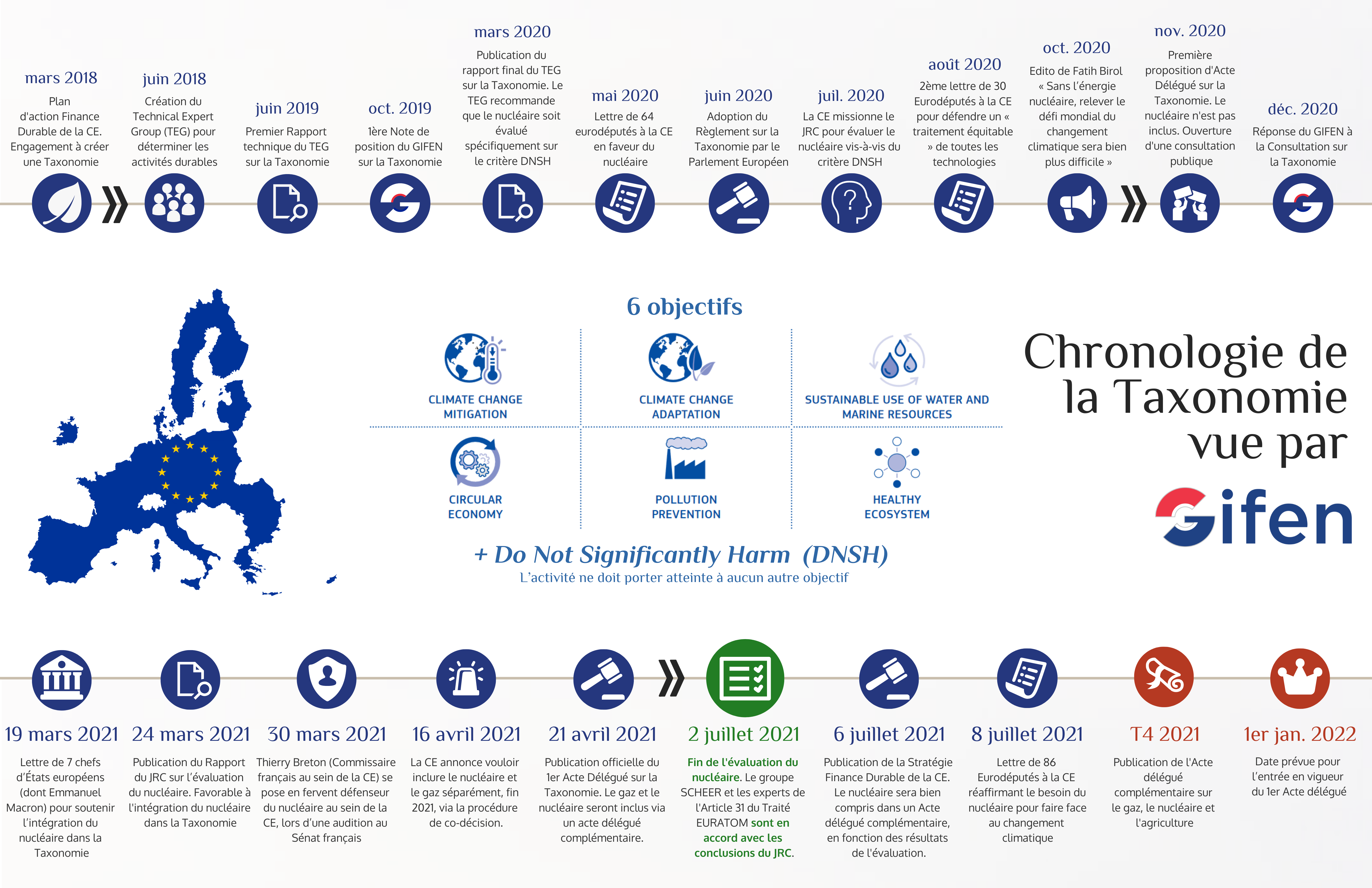 Since June 2019, the subject of Taxonomy has been on the front burner in Brussels. Initially, nuclear power was left out of the "cast" of so-called sustainable technologies by the European Commission, advised by the recommendations of the Technical Expert Group (TEG).

However, in March 2021, the Brussels Scientific Community (JRC), in a report, states that the expert analysis "found no scientific evidence that nuclear power is more damaging to human health or the environment than other electricity generation technologies already included in the taxonomy". Yet, at the request of the European Commission, the plot continues and  two other expert groups (the Article 31 Euratom Treaty Group and the SCHEER Group, specialists in health crises) are asked to produce a review of the work carried out by JRC scientists.

In particular, they were asked to provide an opinion on the JRC's conclusions and recommendations and on the completeness and robustness of the underlying assessment.

At the end of June, the two appointed expert groups gave favourable opinions on the inclusion of nuclear in the taxonomy. Beyond the report of the SCHEER group, both expert groups acknowledge the quality of the work of the JRC scientists. Overall, the various reports conclude positively that nuclear power meets the DNSH (Do No Significant Harm) criterion. According to this definition, nuclear power contributes to climate change mitigation and does not contravene any other environmental objective of the taxonomy.

Meanwhile, the European Commission published its first Delegated Act on 21 April 2021 regulating the sustainable technologies covered by the Taxonomy, while taking care to indicate its wish to integrate nuclear, along with gas, in a complementary Delegated Act and following the process of analysis that its expert groups are conducting. The EU Sustainable Finance Strategy published on 6 July this year stipulated that the complementary delegated act "will also cover activities related to nuclear energy, subject to and in accordance with the specific review process put in place by the Commission for this purpose".

The integration of nuclear energy in the Taxonomy is widely mobilised: 10 Heads of State, including Mr Macron, have expressed their wish to see the European Commission integrate nuclear energy in this regulatory pillar which will structure the Europe of tomorrow. More recently, 86 MEPs co-signed a letter of support dated 8 July 2021.

To find out more, you can download the GIFEN position paper here, which calls on the European Commission to publish the complementary delegated act as soon as possible, and you can find all the key events in our chronology here.